By ecsbackoffice September 14, 2016 Blog Comments Off

Here at Eastcoast Sailing we have many boats to suit your needs, we are very proud to introduce MV Birchgrove Luxury Charter Boat.  MV Birchgrove is a 50ft hi-tec Windy Triton Cruiser. The only vessel of its type in Australia; its award winning design offers guests the ultimate cruising experience with luxurious appointments throughout. Below the decks is state of the art power plant and equipment capable of taking guests on a exhilarating ride on Sydney Harbour through to overnight accommodation with fully appointed bathrooms, air conditioning, Foxtel, WIFI and Bose entertainment systems. 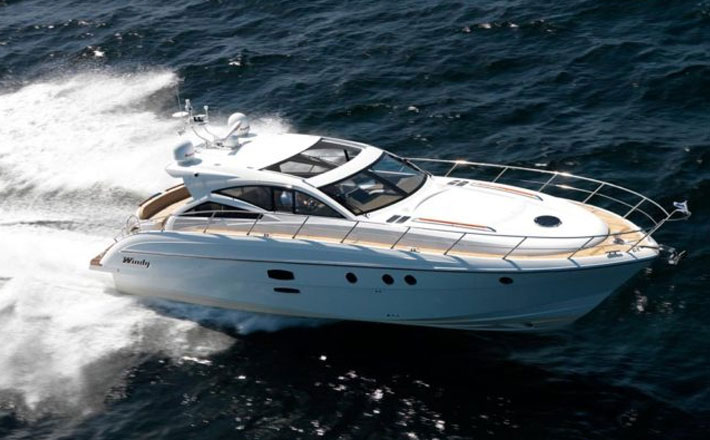 Escape the hustle and bustle and treat yourself to a day in paradise! Experience what it feels like to cruise the harbour in style.  MV Birchgrove every detail is tailored to your liking.

By ecsbackoffice December 9, 2014 Blog Comments Off

The Extreme Sailing Series, now in it’s 8th year, is coming to Sydney Harbour as part of it’s global tour. This high performance catamaran racing series features up to 8 sailing races on Sydney Harbour starting near Farm Cove, on 13th and 14th December 2014.

The boats are race bred high performance, 12m carbon fibre catamarans that can achieve amazing speeds on the water. Light weight boats with high tech Kevlar sails, these cats can get one hull out of the water in just 8 knots of breeze.

The Extreme 40 catamarans has been designed by Olympic champions Yves Loday and Mitch Booth, with the aim to provide the performance-focused multihull.

For the Extreme Sailing Series, crews battle it out on short courses that are spectator friendly during races that do not exceed 20 minutes – and there can be up to 8 races per day.

Eastcoast Sailing can get you up close to the sailing race action on Sydney Harbour with your own private skippered yacht, catamaran or motor cruiser. Call Eastcoast Sailing now to book your charter boat… 1300 883 023.

By ecsbackoffice January 22, 2012 Blog Comments Off

Laura Dekker, the Dutch teen aged 16 years 4 months, completed the youngest solo sailing navigation of the earth by arriving in St Maarten in the Caribbean on the 20th January.

Whilst this incredible feat eclipses Jessica Watson’s age record of 16 years 11 months,  the manner is vastly different.  Jessica completed her epic voyage non-stop in 210 days.  Laura on the other hand, stopped frequently at various ports around the world, taking a leisurely 366 days.

All good stories have a villain. The Dutch social welfare organisation, Youth Care, mounted a series of challenges to block her solo sailing attempt, including court injunctions, citing her young age.  Eventually she succeeded in overcoming these hurdles to start her voyage. The experience clearly became acrimonious as she reflects bitterly in her blog on completing her adventure.  “afraid that Youth care wanted to lock me up..” , and “they will take me away from my father..”  An extract from her blog, is listed at the end of this Eastcoast Sailing blog.

The other intriguing part of the story is that Laura, whilst Dutch, was apparently “born on a yacht in New Zealand”…   The sailing gods have spoken…

Reaching the end of my circumnavigation, I look back with joy at the adventures of the past year. I am also thinking hard, and trying to come to terms with the year prior to my voyage. The Dutch government was not kind to me. As a 13 year old girl, it was never my intention to be the center of world news. From the moment my plans became public, Youth Care and other government organizations tried to stop me. During the first court case, in August 2009, (even before Youth Care had ever seen me, or had spoken to me…), they asked the Judge to take me away from my father and to lock me up in a secure clinic! By doing this they tried to stop me from sailing. Another five court cases followed and another five times Youth Care asked the judge to lock me up. I only wanted to go sailing! Fortunately the judge never honored this terrible request. Over a period of 11 months, I was constantly afraid that Youth Care would lock me up. Also during this period, there were intimidating interviews with Youth Care workers. It was all a frightening and traumatic experience. So often these terrible memories come to me. I can’t ignore them. It is painful. Now, after sailing around the world, with difficult port approaches, storms, dangerous reefs, and the full responsibility of keeping myself and Guppy safe, I feel that the nightmares the Dutch government organizations put me through, were totally unfair. I think that the nightmares will follow me for the rest of my life… At sea, I feel comfortable and I come to rest. I especially enjoy the long passages over the Indian and Atlantic Ocean. I hear now that the Dutch government organizations have started causing problems again. I am seriously thinking about not returning to the Netherlands. Of course I will discuss this with my parents. We will make decisions carefully, such as finishing my high school education and making plans for my future. Last but not least, I would like to say that I realize my voyage would not have been possible without the support of all my fans from around the globe and my sponsors. I am very grateful to them and I would like to thank them all! I can’t be negative about the Netherlands, a country with so many good people. Because of my past experience with the Dutch government organizations, I have the feeling that it will be very difficult for me to return to the Netherlands. I will complete my solo circumnavigation on the island of Sint Maarten. I am sorry if I disappoint my Dutch fans. What a party it would have been if Hoek van Holland or IJmuiden had been my port of arrival…!!!.. Who knows, it might still happen one day…