By ecsbackoffice January 2, 2015 Blog Comments Off

Octopus, the126 m megayacht owned by Paul Allen, of Microsoft fame, is gracing Sydney Harbour’s skyline. The super yacht regularly cruises the worlds best waterways including the French Riviera, the Mediterranean and the Caribbean. Allen bought the yacht in 2003, for a reported price of $200 million. 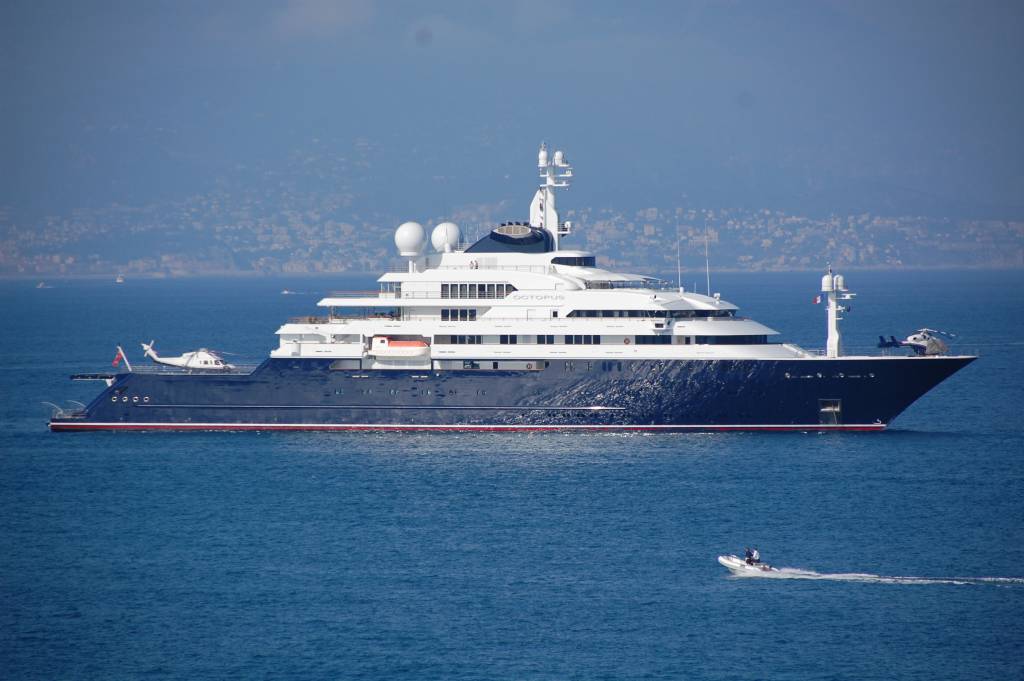 Octopus requires a full-time crew of 50+ and more than $US20 million to run each year. It is currently the world’s 15th largest superyacht.

Octopus sports not one, but two helicopters on the top deck (one in front and one on the back). It has a 19 m tender docked in the transom. There are a total of seven tenders aboard. The yacht also has a pool, located aft on one of her upper decks, and a submarine.